Jerry rubs it in

Posted on January 7, 2009 by rpnorton | Comments Off on Jerry rubs it in 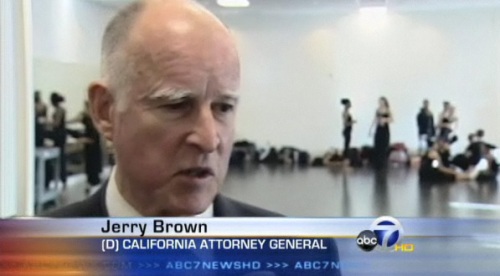 About a year ago, Donn Harris, the highly-regarded principal of San Francisco’s School of the Arts, left SFUSD to run a new not-so-new performing-arts charter high school in Oakland — a big loss to SFUSD. Yesterday, the school moved into state-of-the-art digs, with much fanfare.  Attorney General (and former Oakland Mayor) Jerry Brown –who as Mayor reportedly “pulled out all the stops” to open the school — was on hand, and couldn’t resist a few digs at San Francisco (home of his likely rival for the Democratic nomination in the 2010 California Governor’s race), saying “We stole [Mr. Harris] from San Francisco fair and square because maybe San Francisco has something to learn from Oakland now.”