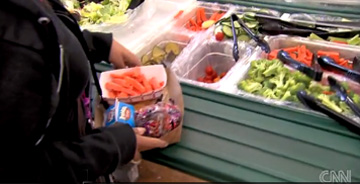 This CNN piece highlights the improvements in S.F.’s school meals that have been brought about through the hard work and collaboration of our Director of Student Nutrition Services, Ed Wilkins, and the Student Nutrition and Physical Activity Committee. (Tom Vilsack, the Secretary of Agriculture comes off as a moron, but that’s another story). The takeaway message? If you want school meal improvements to continue, $2.74 per meal isn’t enough! Congress is proposing a six-cent increase in that amount, but what we really need is for reimbursements to be indexed to reflect higher or lower costs of living in different parts of the country. $2.74 goes a lot further in parts of the Midwest than it does in California.

S.F.’s school meals have improved a lot, however, in the time Mr. Wilkins has been running things and I want to be sure he gets the credit for bringing in far more fresh fruits and vegetables, whole grains, and a point-of-sale system that has allowed us to provide improved choices to all students at middle and high schools. I recently had lunch with students at Francisco MS and honestly, it was fine — guess who is going to strongly encourage her soon-to-be middle-schooler to eat school lunch more often? Photos from an actual SF Unified middle school lunch service appear below (Top – salad bar; Middle – my turkey and cheese sandwich was freshly-made; Bottom – lots of choices! The day I ate, students could choose between a chicken-stir-fry, whole wheat pasta bake, a sandwich, a bean and cheese burrito, or a bagel with sun butter and trail mix — all entrees come with salad bar, milk, applesauce and a piece of fruit): 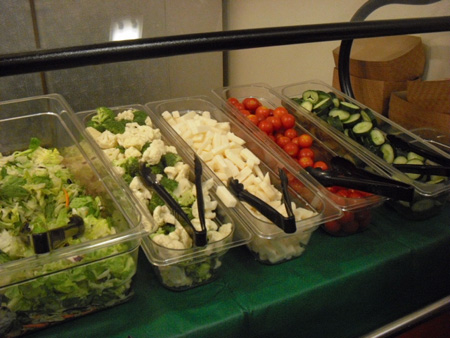 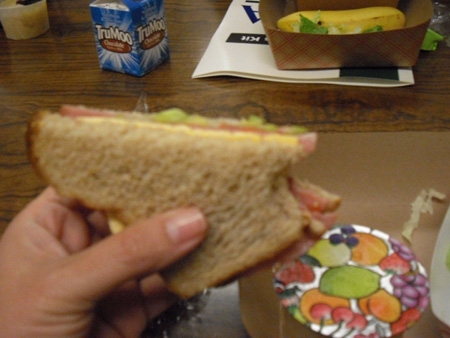 Like Loading...
This entry was posted in issues and tagged school lunches, student nutrition. Bookmark the permalink.